We independently develop and manufacture the sounding rocket "MOMO" and the microsatellite launch vehicle "ZERO". In 2019, we launched "MOMO F. 3" and reached outer space for the first time in Japan as a rocket developed and manufactured by a private company alone.

TSRP (Tokai Student Rocket Project) was established in 1995 with the aim of training future space engineers and providing them a place to build their own rockets from scratch in a low-cost way.

"We have made a great contribution to comunity development on space in Taiki Town, such as joint research with Interstellar Technologies Inc. and experiments at the Hokkaido Spaceport. In March 2020, a comprehensive cooperation agreement was signed with Taiki Town with the aim of contributing to the development of local communities, human resource development, and academic promotion. In addition, we are planning to build a full-scale high-speed running track with a total length of 3000 m as a research experimental facility to be installed in the Spaceport."

Aiming to increase the speed of helicopters, which are technically limited in the conventional type, we conducted a flight test using the unmanned compound helicopter "K-RACER" and demonstrated the technology. In the 2020 test, stable flight by autonomous control was confirmed.

We are developing a space plane that takes off and landing from the runway. Since 2016, we have been conducting flight tests in Taiki town for the technical demonstration and practical application of the world's first jet combustion mode / rocket combustion mode switching engine.

The University of Electro-Communications

A wide variety of research projects on unmanned aerial vehicles (UAVs), which can be expected to be used from the air in the event of a disaster, have been paid a lot of attention in recent years. Prof. Kazuo Tanaka and his team, Department of Mechanical and Intelligent Systems Engineering, Graduate School of Informatics and Engineering, The University of Electro-Communications, Tokyo, Japan, are designing and testing smart UAV systems via a recent-proposed theory for nonlinear control systems design and analysis. They have been carrying out a large number of flight mission experiments using the smart UAVs in Taiki, Hokkaido, Japan, over the last decade.

For the purpose of early rescue of victims in snowy mountains and mountainous areas, we conducted an outdoor demonstration experiment using our uniquely improved drone wireless relay system. In an experiment conducted in 2018, it was confirmed that the location of the smartphone can be identified without depending on the mobile communication operator to which the victim subscribes. 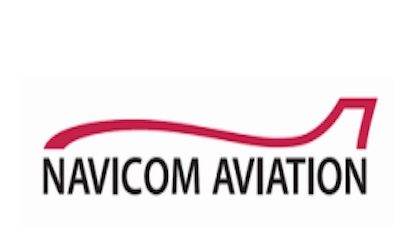 Since 2018, we have been conducting flight experiments using Iridium communication and small aircraft in Taiki-cho,Hokkaido. The airborne map display device "NMS-01S" is a specification-approved product of the Civil Aviation Bureau of the Ministry of Land, Infrastructure, Transport and Tourism, and is used in firefighting and disaster prevention helicopters nationwide. Many of our employees have licenses, and the pilots themselves design, manufacture, and conduct flight tests, aiming to create products that are easier to use and more reliable.